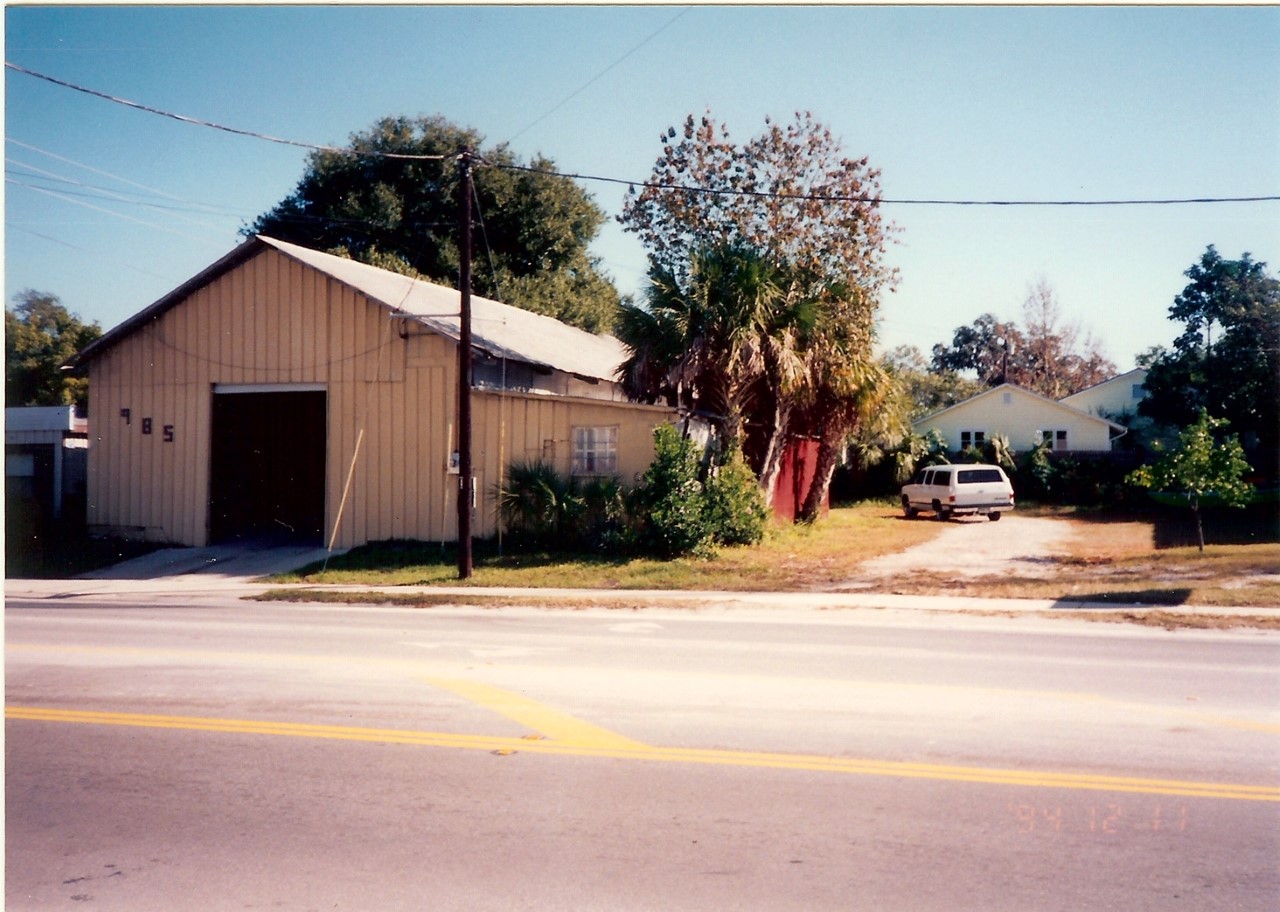 The plaque placed on the front of our Dunedin Woodwright Shop by the City Of Dunedin reads:

In 1947, the first Optimist Pram Boat was built by Clark “Clarkie” Mills (1915-2001) in this building. Inspired by the soap box derby races, Clarkie came up with the design of an inexpensive boat for children to build at home and be able to operate and sail in races. The original 8 foot long and 4 foot wide wooden pram had on sail, was stable in the water, and simple to navigate.

Clarkie donated the pram design and patent rights to the Optimist Club, and this same design is still in use today throughout the world. The original 12 wooden prams delivered to the Dunedin Boat Club were built in this shop. 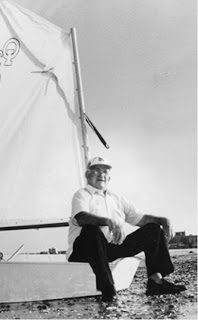 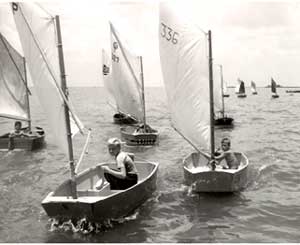 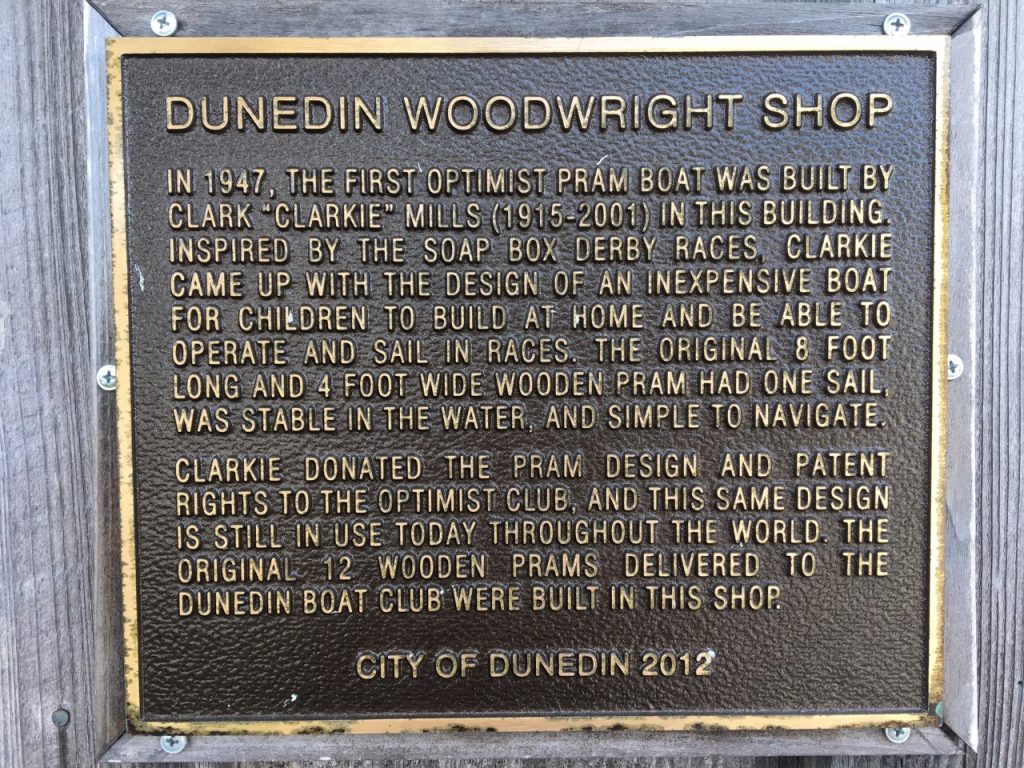 The above plaque tells only part of the story. Clarkie Mills was a prolific boat designer/builder and a colorful character. Not only was he responsible for the Optimist Pram, which became one of the most widely produced & sailed boats in the entire world, he also created many sail, power, & utility boats well suited for Tampa Bay Area waters.

By the late eighties, Clarkie had retired and the old shop was left to those that cared less. When we (Painter Family) discovered the For Sale By Owner sign nailed to the front of the building, the shop was barely standing. We purchased the property from the Mills family in 1995. At the closing table, Clarkie put his hand on Grant Painter’s shoulder and told him that “good things come from that place. It has an aura about it. You’ll do just fine.” He was right.

We shored up the worst of the building and began our own business to be called Dunedin Woodwright. The first half dozen years were a constant battle with the Dunedin Building Department. They wanted the old shop torn down and fought our efforts to save it. We could feel the aura Clarkie spoke of and kept putting it back together piece by piece while designing & building the woodworking projects that made our business. Over the following twenty something years, Roger (father), Grant (oldest son), Patrick (second son), and a few extraordinarily talented craftsmen built furniture, cabinetry, staircases, architectural pieces, boat components, etc. We rarely built the same thing twice.

Dunedin Woodwright prospered, and the old shop had been saved. Around 2002, we added the showroom & design loft to the South side of the shop. This addition, designed by Roger Painter has become a bit of a Dunedin landmark. We could never have imagined it would become our brewery & taproom! 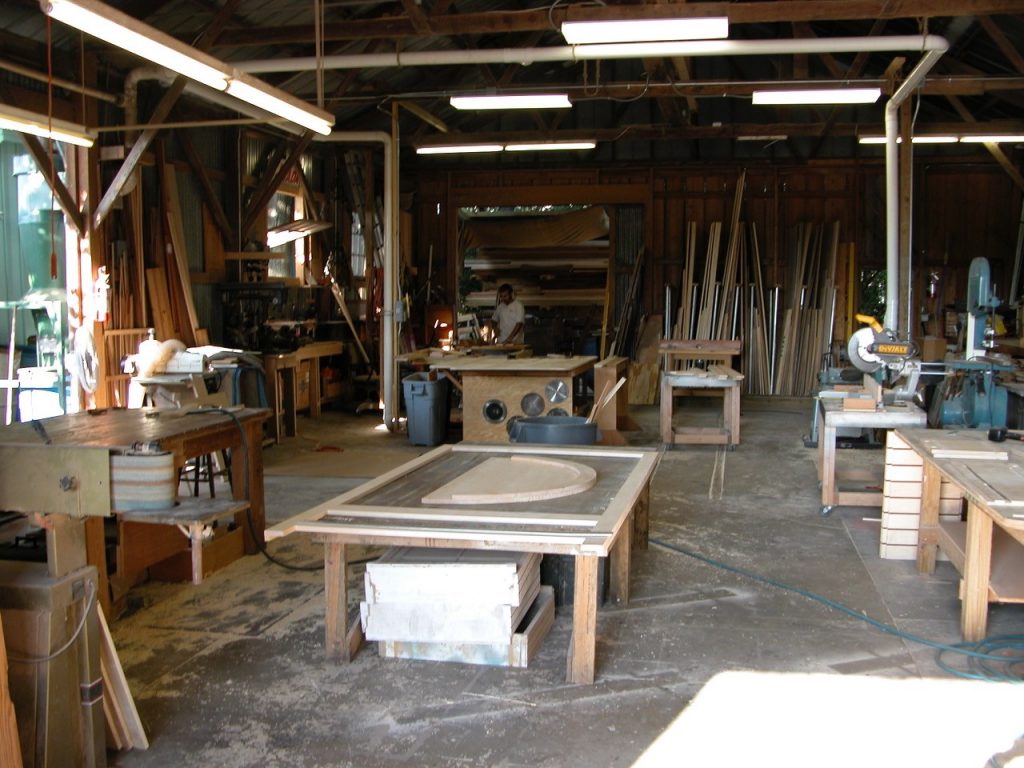 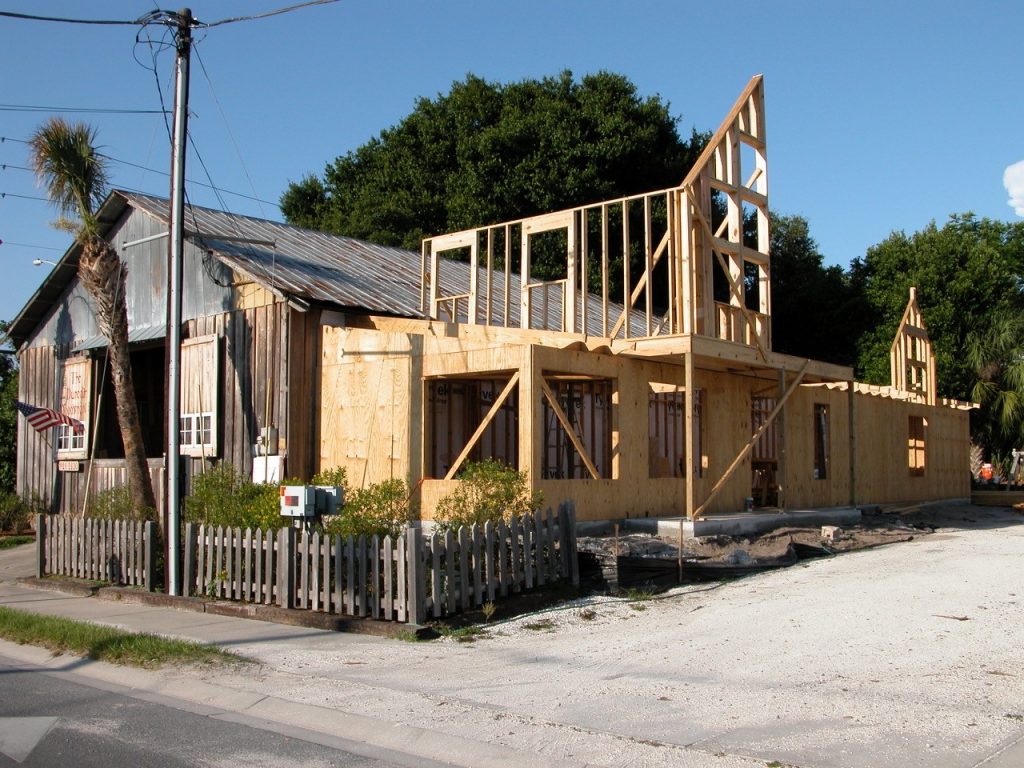 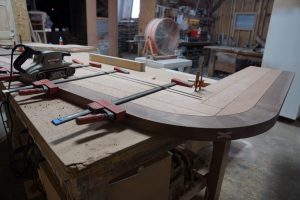 In the late 1990’s Eunice was sent to Stuttgart, Germany on business. This was when she discovered how much she loved German beer. A discovery would later prove to be life changing!

Somewhere in the mid 2000’s, Grant bought a home brewing kit for his wife, Eunice. She took to her new hobby with overwhelming enthusiasm & frightening obsession. Within a short time, Eunice was keeping friends and family supplied with her tasty home brewed beer. There were many times when every level surface in the kitchen was covered with bottles ready to be filled. Those bottles weren’t filled for long as they would quickly be returned to her empty again. Folks wanted more!

Friends and fellow business owners in town kept telling us that the Dunedin Woodwright showroom space was a great building that was being grossly underutilized. They were right. Everything Woodwright built was to order so the showroom rarely had anything in it to show. Also, Downtown Dunedin was evolving and what was once an industrial neighborhood was becoming part of the town’s core.

When Eunice (half kidding) mentioned to a friend, Mike Mackenzie, that she would like to start brewing in the back of Woodwright and make the showroom a taproom, he didn’t take it as a joke. Mike mentioned it to his son, Micheal, and daughter in law, Elizabeth. The Mackenzie’s provided the seed money & invaluable encouragement we needed to purchase a more sophisticated 1/2 barrel brewing system that transformed a hobby into a career. This was set up behind a moveable wall in the back 20’ of the showroom hidden from public view.

Eunice also spent the next couple years apprenticing with Rapp Brewing because Greg Rapp shares her love of traditional German Beer. When not at Rapp, she was secretly brewing in the back of Woodwright. Meanwhile, a plan and timeline began to take shape for transforming our showroom into a taproom.  We enjoyed realizing our vision of a brewery from the perspective of  woodworkers. Professional woodworkers rarely get the opportunity to build what they want for themselves, so this was going to be special.

March 10th 2016, we opened Woodwright Brewing Company to the public. Many had no idea what we’d been up to and we were overwhelmed with support from our community. The Bryant family from Dunedin Brewery, Devon from 7vnth Sun Brewing, Todd from Waite Technologies, Joe, Dan, & Smalls from Arkane Ale Works, The City of Dunedin, our Woodwright craftsmen, and so many more helped this dream come true! In those first few weeks several of our closest friends and family jumped in to wash glasses, pour beer, fetch change, whatever was needed. Thank you all!

Patrick has transferred his skills as a woodworking craftsman into craft brewing. He now brews with Eunice full time so they can keep 12 to 16 beers on tap. The brewing system has evolved from a single 1/2 barrel to two 2-barrel systems that produce about four barrels per brew-day. Fourteen fermenters allow for a nice variety.

In December of 2016, we moved our parking around the corner to make way for our beer garden. This outdoor area has become a favorite spot to enjoy live acoustic music a couple evenings a week. Cameron McKeever has curated a great variety of musicians that we’re proud to showcase and enjoy listening to with a cold beer in hand. We sometimes produce concerts in our old woodworking shop by pushing the equipment aside and erecting a stage. Our “Shows In The Shop” have become great community events for music lovers.

This has amounted to quite an unexpected evolution for our family. All along, we’ve remained committed to producing something we’re proud of while staying open minded to whatever may lie ahead. We hope you enjoy Woodwright as much as we do. Prost! 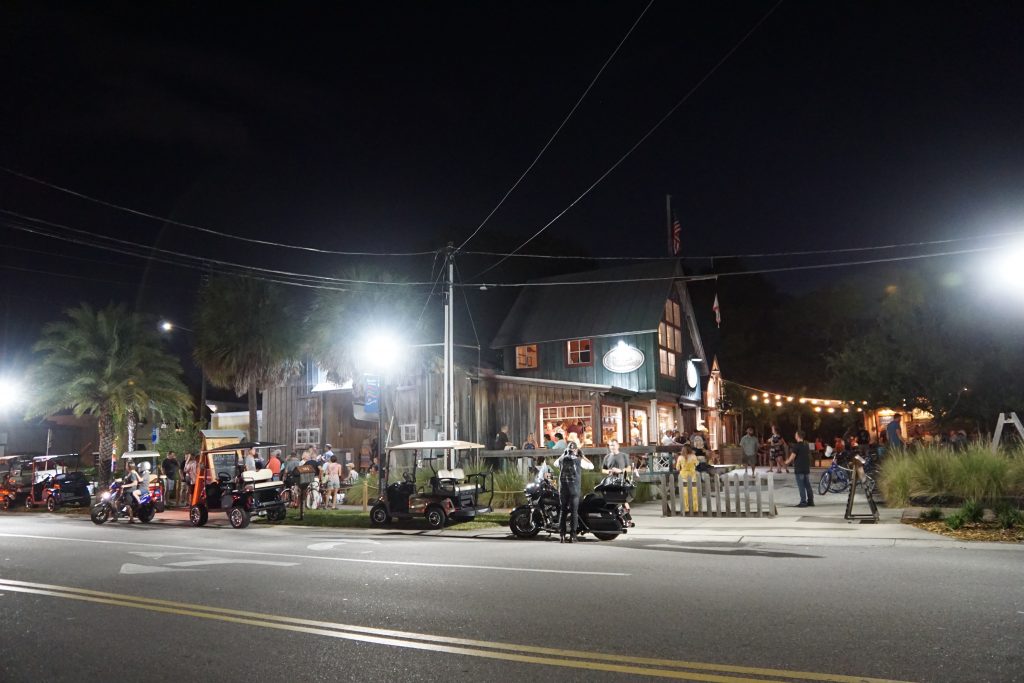